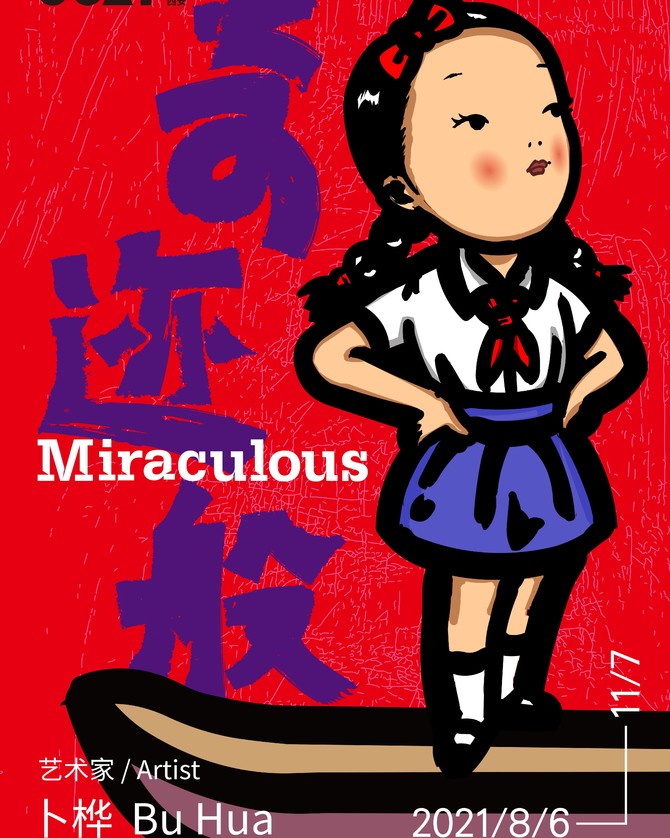 This Summer OCAT Xi’an is honoured to present Bu Hua’s solo exhibition “Miraculous”. The exhibition presents 8 works by Bu Hua, a representative of contemporary Chinese female artists, including 4 FLASH animation works (Cat, A Seed’s Journey, Dysphoria, and Give it to the Sky) and 4 digital paintings including My One Hundred Million Times Waiting for You in this World VII. This exhibition is the first immersive exhibition of Bu Hua in Xi’an, and features the 45-meters-long Miraculous, her biggest giant digital mural up to now, shown for the first time in China.

Bu Hua is one of the most distinctive creative figures to have emerged in China since 2000. Her position within the creative field is also unique: while she is firmly linked to the field of animated films, Bu Hua has always maintained her position as an independent practitioner. Bu Hua began working with animation in 2001, following the launch of a new computer technology known as “Flash”, and became an overnight sensation for her skills in story-telling. Bu Hua’s first animations were short stories about simple ideas and situations that can be described as commonly experienced in daily life, like love, loyalty, joy, and sorrow, resilience, confusion, and perseverance. This perfectly describes the elements woven together for her first important animation Cat.

Cat tells the heartrending story of a cat and her kitten. The power of a mother’s love – the mother being the cat of the title – gives the kitten a world of security and warmth as well as happiness. When presented to the public in 2002, Cat was launching Bu Hua’s career. Released via a website platform named flashempire.com on what was, in 2002, a very new phenomenon called the “Internet”, Cat achieved a huge following among local fans. The website proudly reported the animation as receiving a record-breaking 633,451 clicks and thousands of positive reviews. Cat remains one of her best-known and liked Flash animations.

Cat uses a more conventional form of story-telling than what Bu Hua would take when approaching her later animation works, but it contains themes that recur throughout her short films. In subsequent films the kitten would be replaced by the figure of a little girl, who is equally fearless in facing up to bad situations; like being alone in unfriendly-looking post-industrial environments, or in the face of pollution and attacks by strange angry creatures. Another recurring element is how Bu Hua makes animals and objects characters in her films, giving them human expressions and emotions.

In taking this new direction, the starring role in Bu Hua’s films was no longer being played by a changing rota of invented characters, each presented in their own differing worlds. Instead, by 2005, she had created an entire world that is now immediately recognisable to her fans, not least the highly distinctive and alluring figure of the little girl in her school kit. This little girl, based on Bu Hua herself – Bu Hua has described her as an “idealised version of myself” – is known as “Sami” (飒蜜). Making her views clear using only the minimum of gesture and activity, Sami is variously a fun-loving, lonely, yet fiercely independent heroine. To Bu Hua’s fans, she symbolises the kind of good, savvy twenty-first century new women they might themselves aspire to be: intelligent, caring, fun and clear-headed, who looks at problems in the world with an open eye, determined to right the issues and build a better environment for all.

A look at the works Bu Hua produced from 2002 to 2014 shows how quickly she developed her own style and language with a new mode of precise and intricate expression that clearly took inspiration from various sources. Her films include familiar and alluring elements of traditional Chinese art. One is the twentieth-century technique for woodblock prints, but there is also a specific element of the older form of Japanese Ukiyo-e techniques in her style, from line to perspective to composition. Yet, all is clearly updated to a modern graphic style that uses bold black outlines and bright colours.

Bu Hua has certainly had a long and varied career as a creative figure. Looking back over what is now the span of two short decades since her start with Flash animation in the early 2000s, Bu Hua has created a rich and complex world, one which is felt and understood by many young people as they encounter rapid growth and find themselves feeling helpless in the face of environmental issues. The contrast between a surface what is, in her words, “very cute and very lovely” and the seam of anxiety that lies underneath is one that speaks to all people who care about the planet, and wonder what the future will look like.

“Bu Hua is one China’s young talents and her philosophy of the importance of love and responsibility come shining through in her beautiful animations.”

“Because of this person, China has world-class Flash.”

“Bu Hua is one of the most outstanding Chinese artists in Flash applications.”

“Bu Hua is the most striking one in a number of digital artists that emerged in China for the past few years.”

Bu Hua was born in Beijing in 1973, immersed in a world of art from her childhood. Her father was a professor of fine art, who specialised in both printmaking and painting. Her elder brother would become a painter also. Bu Hua attended the affiliated high school of the Central Academy of Art & Design before entering the Academy itself (now Academy of Arts & Design , Tsinghua University ). Bu Hua’s animations have been featured in film festivals and major exhibitions like the Shanghai Biennale and the Busan Biennale, both 2008. 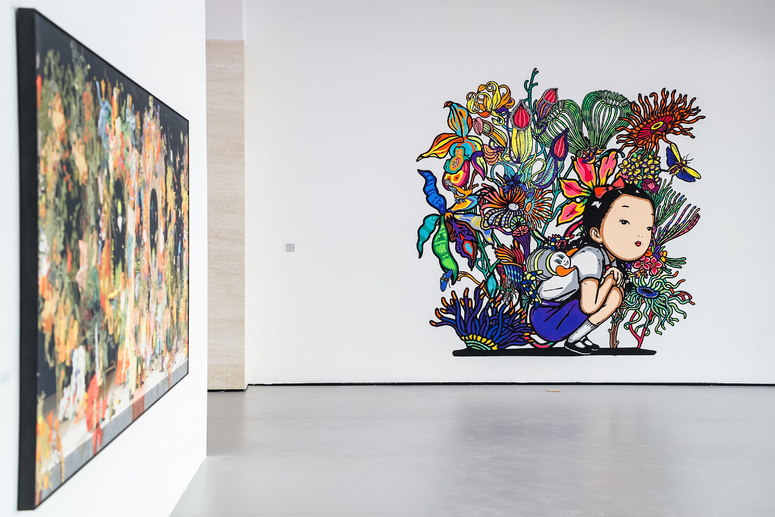 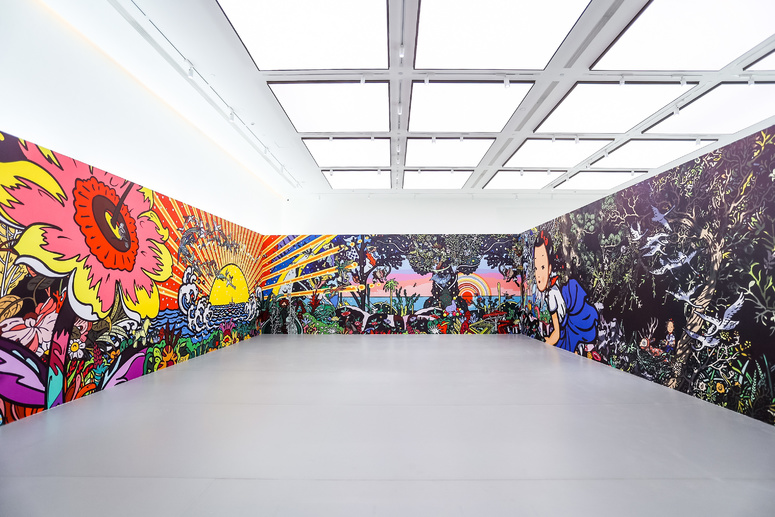 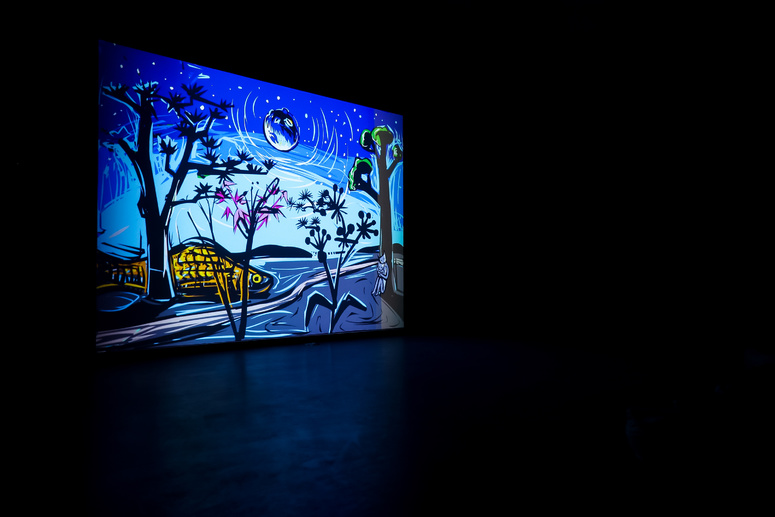 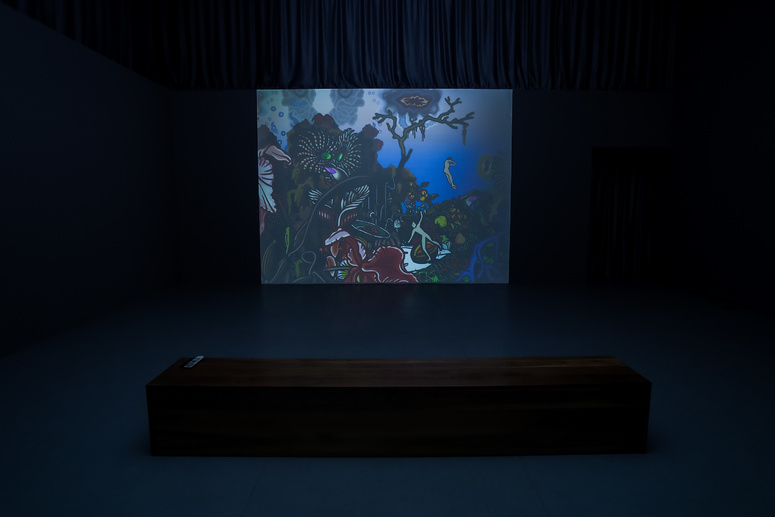 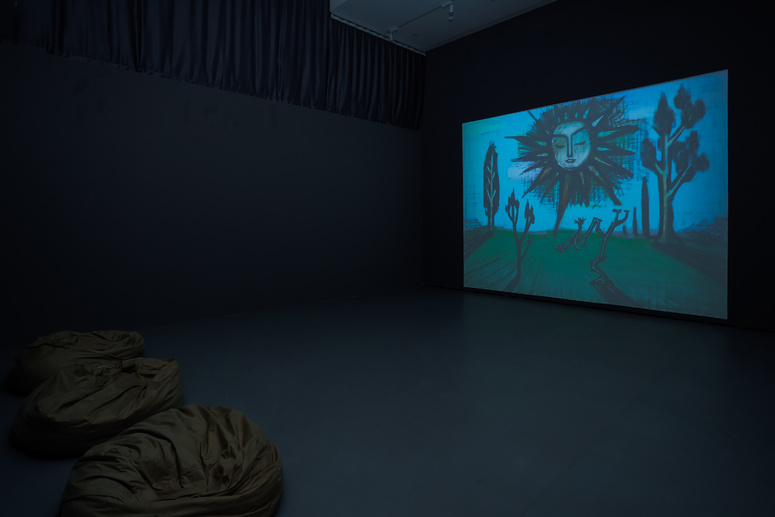 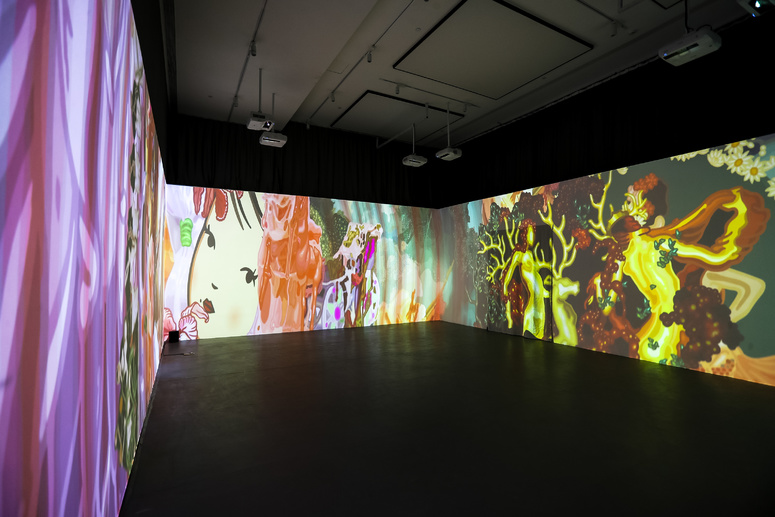 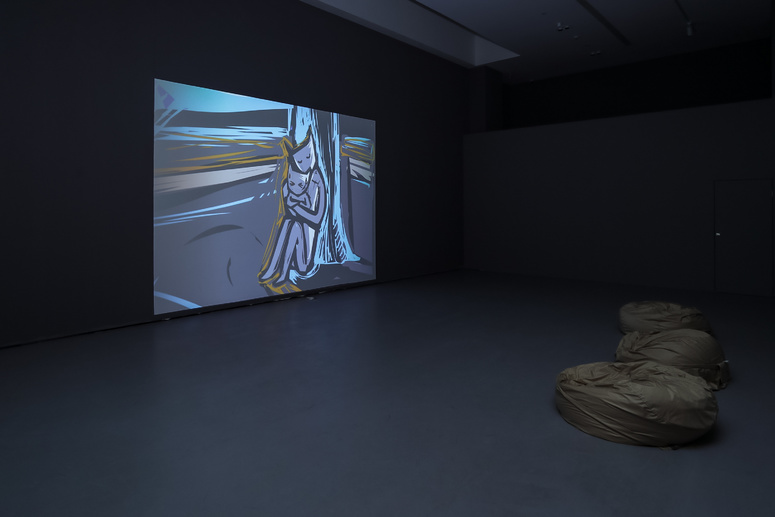 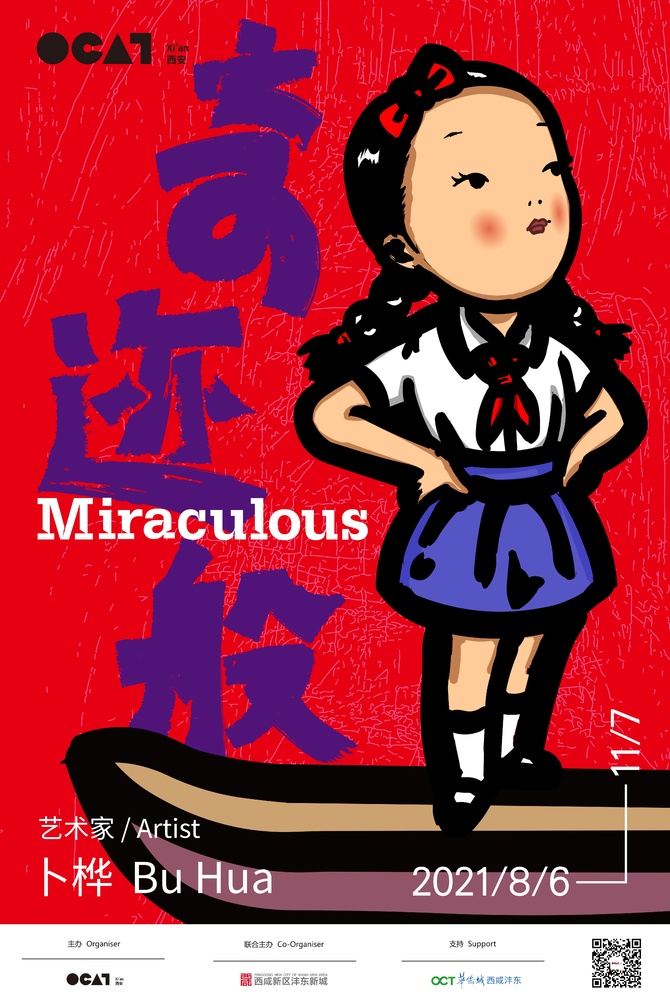