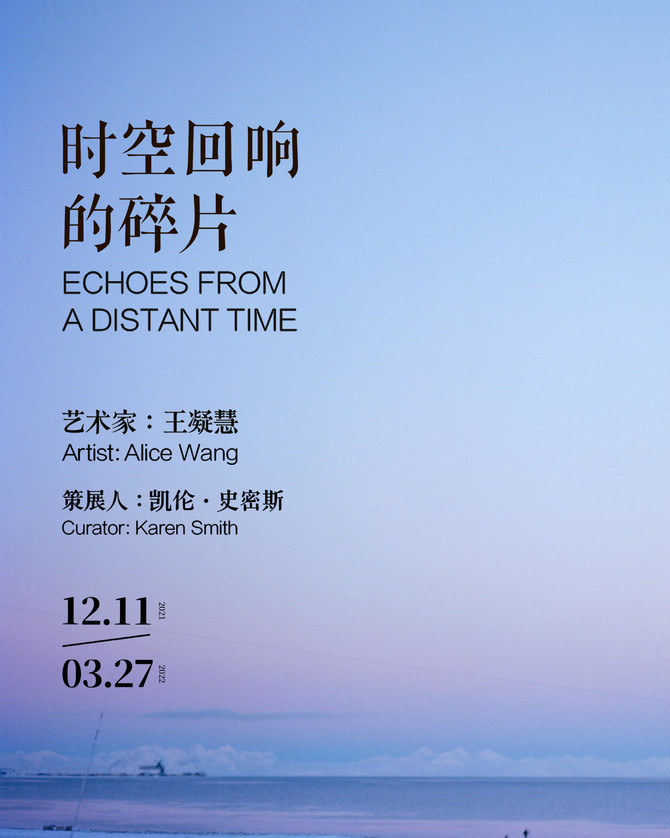 Echoes from a Distant Time

“Echoes from a Distant Time”

OCAT Xi’an is proud to present Alice Wang’s first institutional solo exhibition, “Echoes from a Distant Time”, in the city of her birth. Xi’an also lies within a region that echoes numerous elements of her artistic expression and thinking – space exploration, high-tech scientific research, ancient history, arts and culture, meteorite showers, dark skies, desert, fossils, and a tradition of photography and esoteric thought.

Through various research projects of Alice Wang in recent years, the exhibition will present various media such as installation, video and photography. Alice’s creative sensitivity to various materials and topics, to space was from the first underpinned by a fascination with aspects of scientific knowledge, experiment, and research. This, coupled her experience of different places and cultures and a deeply sensitive imagination, ignited an impulse to make visible the macrocosm we inhabit through some of its most invisible elements.

Early memories of Xingqing Palace Park, the Wild Goose Pagoda, and the famous Terra Cotta Warriors, made a deep impression upon Alice, as symbols of a past that can only be imagined and never known entirely. She was also inspired by professors who were also well-respected artists, first at the California Institute of the Arts, then at New York University. Alice brings to her work an on-going interest in science, making art that is primarily sculptural and rooted in photography. The concept of time “folding” or being compressed is embedded in Alice’s work – beginning from her interest in Cosmic Microwave Background Radiation (written as CMBR), which is the essence-made-visible in the sculptural work that sits at the centre of “Echoes from a Distant Time”. We might say that this intricate jigsaw, comprised of 80,000 glass tiles, is the very embodiment of the exhibition title; the visual rendering of its concept.

A large portion of her work with photography has focused on trying to capture the image of minerals, particles and waves that are invisible to the naked eye. “Echoes from a Distance Time” presents a series of small aluminium plates from 2014, which contain abstract, yet poetically evocative images that resulted from Alice’s attempts to photograph plasma. The prints are also an example of Alice’s use of early forms of photography, like ambrotype, the 19th-century wet plate collodion process.

What makes this artist’s work so appealing is that she is has just a touch of the alchemist in her soul. As the humble physicist Albert Einstein is quoted as saying “arts and sciences are branches of the same tree […] we do art when we communicate through forms whose connections are not accessible to the conscious mind, yet we intuitively recognise them as something meaningful”. This comes close to describing the effect of Alice’s work. In today’s world of high technology, Alice sees this as a means of compressing time; an ambrotype made today collapses the temporalities of two different centuries onto one plane. This is just one of the ways in which the art Alice makes now will resonate long into the future.

Alice Wang (b. 1983 Xi’an, China) received a B.Sc. in Computer Science and International Relations from the University of Toronto, BFA from the California Institute of the Arts, and MFA from New York University. She was a fellow at the Université Paris 1 Panthéon-Sorbonne, a Villa Aurora fellow in Berlin, and the recipient of several major grants from the Canada Council for the Arts. She is an assistant professor of arts at New York University Shanghai, and co-organizes The Magic Hour, an outdoor exhibition platform in the Mojave Desert in California. Alice Wang is based between Los Angeles and Shanghai.

Karen Smith is a curator and art critic specializing in contemporary art in China since 1992. She has written widely on the subject for numerous journals and exhibition catalogues, and is the author of numerous artist monographs. Karen joined the academic advisory board of OCAT Shenzhen in 2005, and was appointed executive director of OCAT Xi’an in 2012. 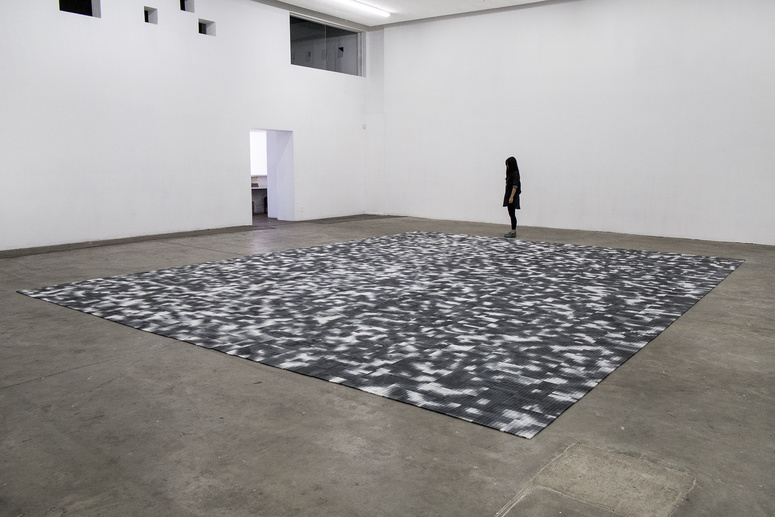 The entire observable universe is filled with photons that were initially created during the Big Bang, it is known as the Cosmic Microwave Background radiation. We have been basking in these ancient rays which are permeating throughout the universe since its beginning 13.8 billion years ago.

Along with other forms of gases, the air we breathe in the Earth’s atmosphere is made up of approximately 21% oxygen. In Sanskrit, Prana means breath and energy. Through breathing, we will use oxygen and photon energy to connect our bodies to the energy resonating across the universe.

I’ll be our guide today to tap into the feeling centers of our thinking body and connect our flesh with the cosmos. Our breath and imagination will be the bridge between the inside and outside worlds.

Take a moment to get comfortable. Stretch out your arms and legs. Shift your body around so that you feel settled and are relaxed. Take your time.

When you’re ready, take in a few slow deep breaths. Breathing in through the nose, filling up the belly. Exhaling through the mouth, letting out a “ha” sound. Relax your shoulders, relax the muscles on your face, soften your belly.

A calm begins to flow through your body and your mind — drifting down, getting comfortable, feeling peaceful. As you breathe in, your lungs expand and the belly rises. As you breathe out, notice how the muscles in the body soften and relax.

After a few slow deep breaths, allow your breathing to go back to its natural state. Feeling the weight of your body pressing down against the seat, sinking deeper into a relaxed state. All the tension flowing away. Letting go. Drifting.

I’d like you to imagine the glow of the steady stream of photon energy that’s permeating across the universe flowing down through your head into your body. It’s as though, as it travels into the body, it dissolves all the thinking and feeling — refreshing the body, leaving you feeling a little more relaxed and at ease. Just like breathing, there’s no right or wrong way of doing this.

And, that stream of light, we’re just going to watch as it begins to fill the body from the toes through the feet into the lower half of the legs, and again melting away any discomfort.

To begin to let go of thoughts, moving into the upper half of the legs, that glow bringing a sense of warmth, ease, space into the body — continuing up through the stomach and the lower back, all the way up into the chest, the upper back, and the shoulders, and just allow any thoughts to come and go.

Feeling more spacious, more at ease — that sense of warmth of light dissolving any feeling of discomfort. *

Now, focus your attention. Bask in the feeling of the light that is flowing through your body. What does it feel like? Is it hot or cold? Notice the color and texture.

Shift your attention now to reach outwards with your mind. Imagine the light that’s flowing through your body having a direction. Follow the photon energy from your toes, through your body, shooting up through the crown of your head.

Continue to track the expanding light — from inside the space that you’re in right now to the streets outside, and through the layers of the atmosphere of the Earth.

On our way up, we’ll pass by clouds, airplanes, meteors, we’ll see spacecraft, the northern lights, satellites, and even though we’re getting closer to the sun, it’ll start to feel cooler. Once we leave Earth’s atmosphere, extreme temperature swings will happen, and the photons we’re following will light the rest of the way for us.

As we pass by the reddish-brown planet Mars, we look back and notice our very own marble blue Earth — and, our nearby neighbors, the pale yellow Venus and grayish Mercury fade into the distance. Flying over the orange and white streaked Jupiter and its moons, the rings of Saturn, and zooming by the pale blue gas giants Uranus and Neptune, we reach the edge of our solar system with a quick glimpse of Pluto flying by.

Floating in weightlessness, we navigate without a sense of up or down, just being pulled by the source of light energy — across the spiraling arms of our milky way galaxy and beyond.

Allow yourself to bask in the radiance of being in the universe. Take a few moments to really enjoy just being here.

According to the Big Bang theory, the universe began about 13.8 billion years ago as an infinitesimally small dense flux of energy/matter trillions of degrees in temperature, which expanded and cooled rapidly, and continues to do so today.

Less than 0.001 seconds after the Big Bang, particles with opposite electrical charges appeared as matter and antimatter — most of which paired off and was transformed into pure light energy, or photons filling the universe today in the form of Cosmic Microwave Background radiation. The remaining matter left to construct our world was made from the one-in-a-billion particles that did not find an antimatter partner.

Cradling all matter in its glow, you are basking in the echoes of the Cosmic Microwave Background — the low-level electromagnetic energy, or photon fossils, that resulted from the initial burst of expansion in the beginning of time. 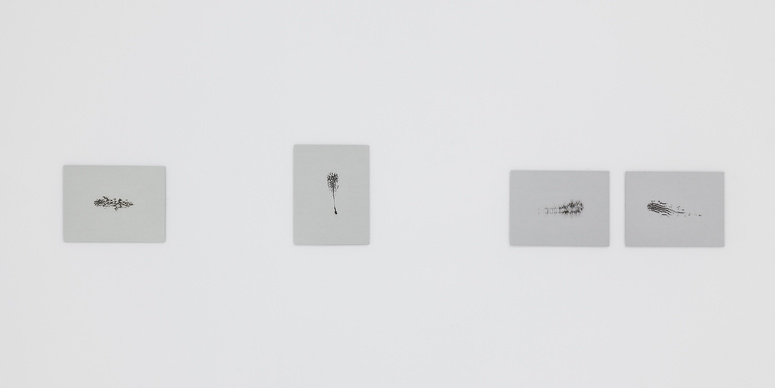 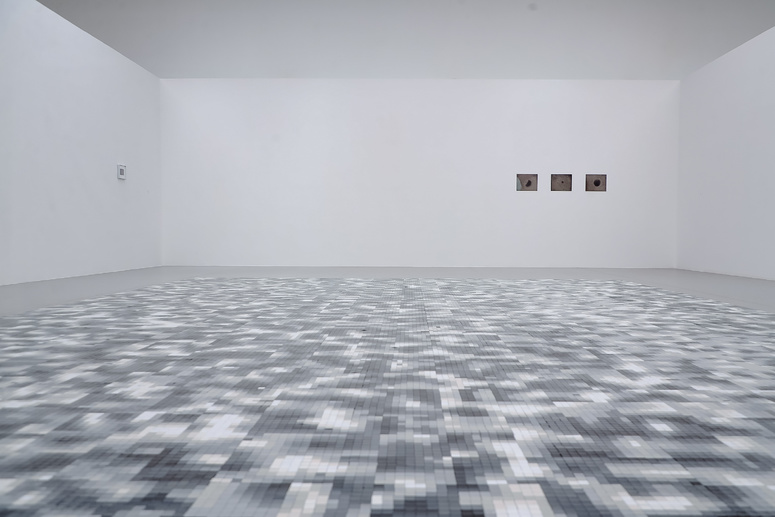 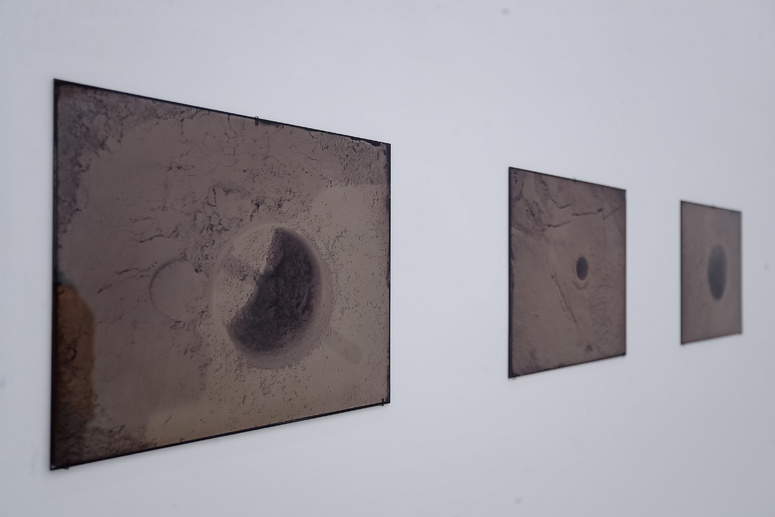 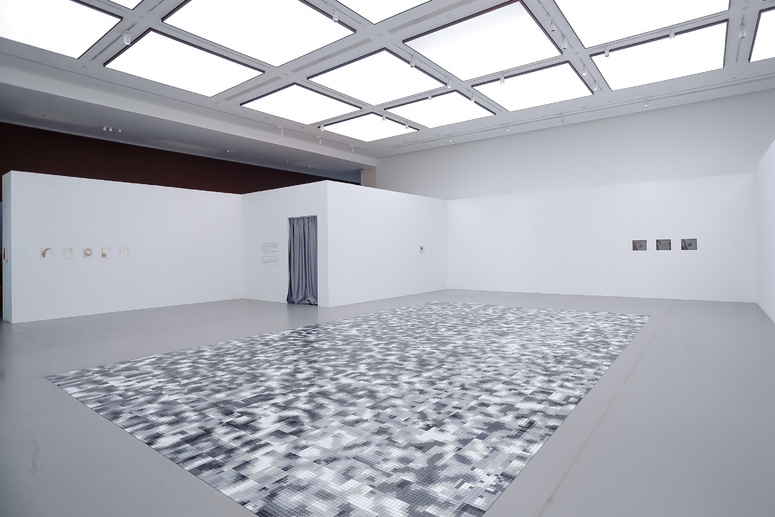 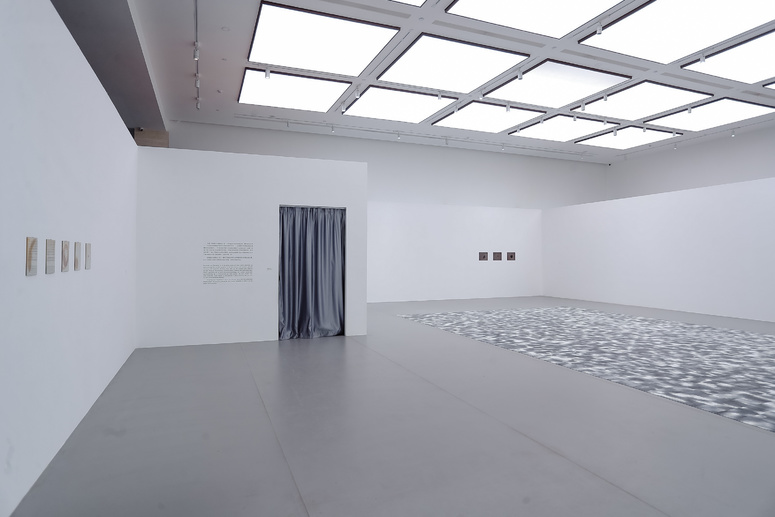 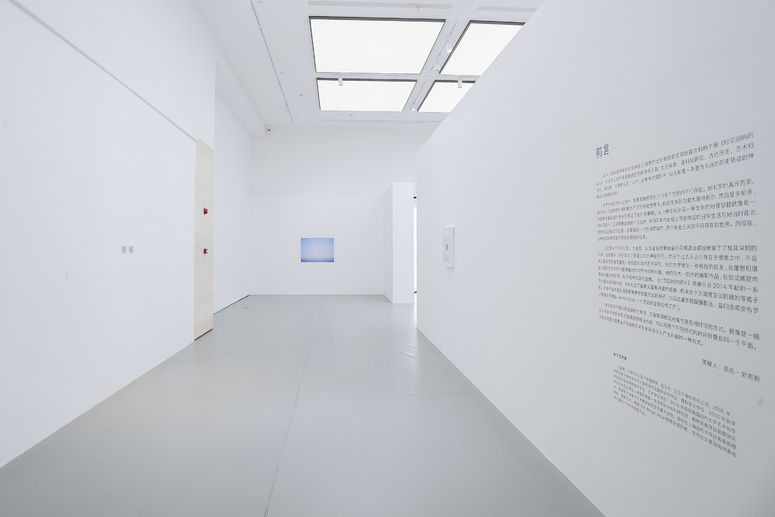 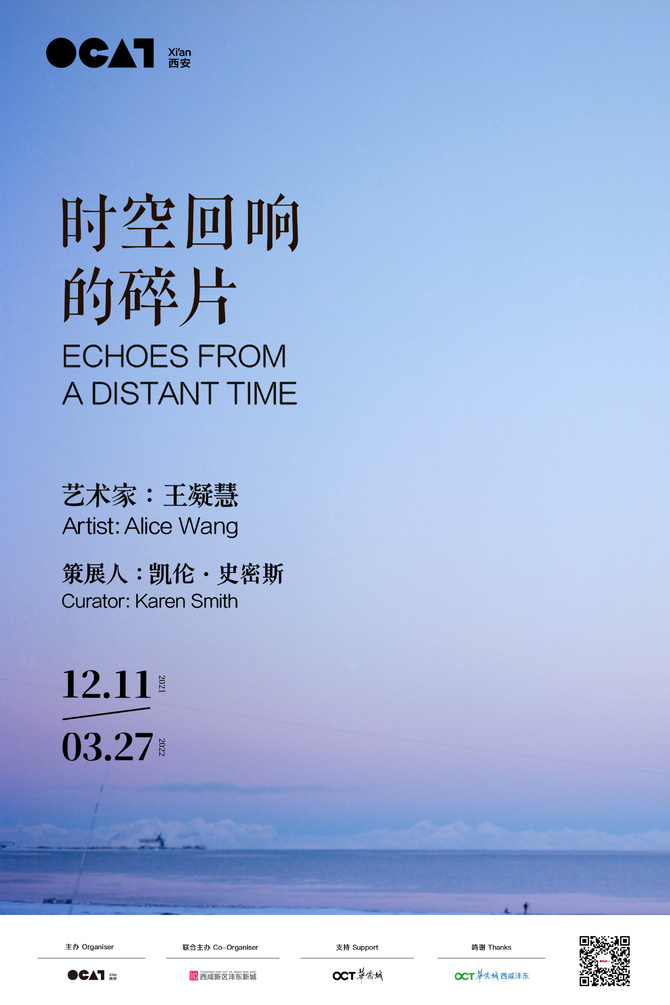