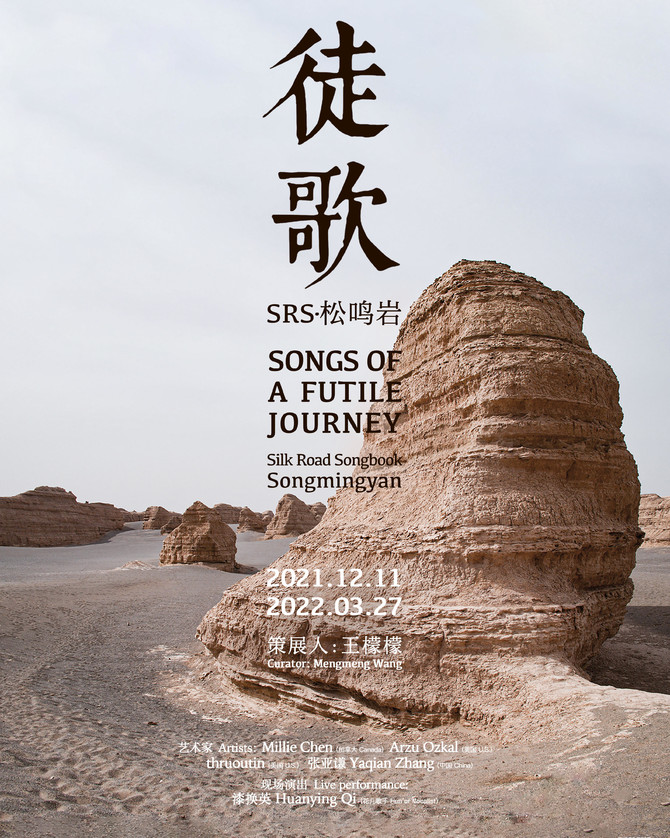 “Songs of a Futile Journey:

OCAT Xi’an is honored to announce that at the end of this year, together with the curator Wang Mengmeng, based in Xi’an, and four artists from different countries will present the exhibition “Songs of a Futile Journey: Silk Road Songbook Songmingyan”. Silk Road Songbook (hereinafter referred to as SRS) is a unique cross-culture, multi-media, socially driven art project jointly initiated by artists Millie Chen (Canada) and Arzu Ozkal (U.S.).

The culture of the ancient Silk Road was driven by the power of communication and integration that people formed during their migration. The project integrates songs into the diversified natural landscape of Eurasia countries along the Silk Road. The unique and independent voice transmitted in ancient Eurasia mainly on the migration routes,  challenge the oriental exoticism and traditional tourism industry’s clichés. It also challenges "Silk Road" macro narrative tendency by conveying the individual stories of SRS.

The project works are composed of audio-visual devices and folk songs from various places along the Silk Road. Songs are channels for us to collectively remember, hold on and speak out. Songs have a moving power to promote people to speak out, to pessimism into optimism. In working with teams from different countries, SRS not only tells their stories, but also shows the meaning of our existence today. Recalling the stories of our respective ancestors and immigrants along the Silk Road traces a narrative that is personal, historical and political.

The project follows the ancient Eurasia trade route across eastern, central and west Asia. Artists from different places living in the route line of Gansu Songmingyan (historically Longyou, China), Parkent (historically Tashkent, Uzbekistan), Tehran (historically Rye, Iran), and Istanbul (historically Constantinople, Turkey), have worked together to create songs in different styles that speak to their respective loci and cultural identities. Driven by women's voices and anchored by the natural landscapes of countries along the Silk Road, the works build a flexible and creative space-time network that is different from the economic and political models from ancient times to the present.

"Tu Ge (song without music accompaniment): SRS Songmingyan" is the focus of the chapter on Northwest China of the Silk Road Songbook project. Hua'er (a kind of folk song) was chosen to represent the Chinese part of SRS as folk voice because of its unique geographical and ethnic attributes. According to records, Hua'er originated in the Ming dynasty across the Northwest of Gansu, Ningxia, Qinghai and Xinjiang, by the ethnic minority people of Hui, Han, Sala, Bonan, Dongxiang, Tu, Yugur and Tibetan, as the main body of a kind of unique folk songs and folk culture. As a microcosm of the Northwest ethnic culture, Hua'er forms a network of national culture and cultural system across space and time. The melody of Hua'er is high and desolate. Its content is mainly about the burning emotions and daily life in rural areas; a "living" folk art that is sung in local life. In ancient Chinese, "Tu Ge" refers to the singing without musical accompaniment in the kind of folk music as Hua'er. The word "Tu" has the meaning of "vain" and "mere", which is the unique "bitter" scent in Northwest Hua'er and also the core characteristic of Hua'er’s chanting since ancient times.

SRS project participants come from different ethnic and community groups. The essence of SRS project is open discussion, decision-making and the spirit of endless experimentation among team members from different countries. Because of the influence of the global epidemic outbreak, SRS project has to make long distance cooperation with each national team. We adopted the method of network and digital media skillfully to resolve the invisible line called "boundary", through the voice and image which connect the participants from different time zones to the concept of "New Silk Road". Therefore, at this moment, the Silk Road reveals a more realistic global significance.

Millie Chen is a Professor in the Department of Art, University at Buffalo, The State University of New York. Millie Chen’s artistic practice is derived from the pursuit of social justice. She works with video, audio, and performance as the manifestation of this pursuit. She uses sensory experience to stimulate the audience’s awareness and ideological ideas, and through non-visual elements such as sounds, smell, audience participation and collaboration to change understanding of the world as communicated via sound. For more than a decade, she has devoted herself to studying the intangible history of landscapes and places that, due to many factors, remain erased.

Arzu Ozkal is a Turkish-born artist, designer and researcher currently living and working in San Diego, California. Arzu Ozkal is an Associate Professor in the School of Art + Design, San Diego State University. Her focus is on design that seeks creative and critical results through participation and collaboration. Ozkal is a founding member of Home Affairs, an interdisciplinary art club that focuses on creative projects on a range of issues affecting the lives of women.

thruoutin (Brad M. Seippel), Electronic musician, DJ, and producer, thruoutin, is from New Orleans, USA, and has lived in China for 12 years. He has created diversified musical styles, combining warm electronic sounds with Chinese folk music. You can hear a variety of artistic creative thinking in his music, especially his love for sampling of nature and physical electronic sounds. His music has been published on both RAN Music and Jingweir. The artist currently lives in Chaoyang District, Beijing, and runs the studio Brevity of Motion.

Zhang Yaqian was born in May 1977 in Gansu Province. He currently lives and works in Xi’an. In 2009, he graduated with a master’s degree from the Department of Print-making, Xi’an Academy of Fine Arts. Thereafter, he was retained on the faculty, and is currently teaching in the Department of Experimental Art. He is also a doctoral candidate in the research of art history and artistic creation, mainly engaged in the teaching and practice of contemporary art. 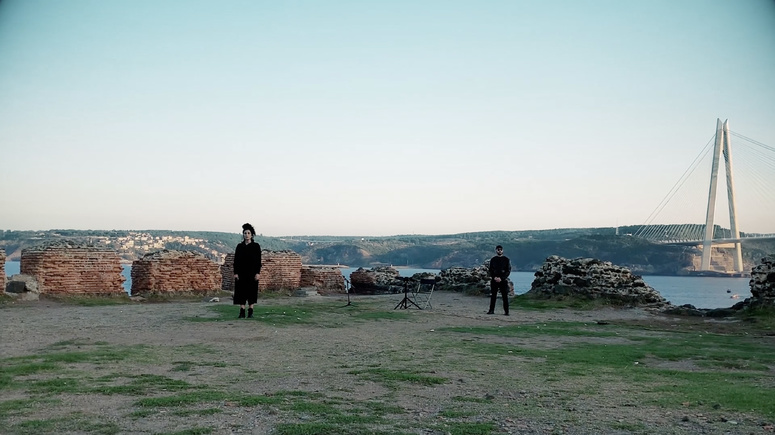 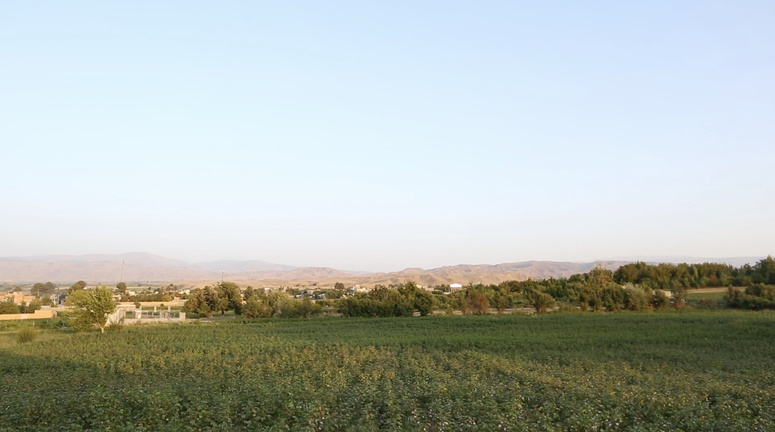 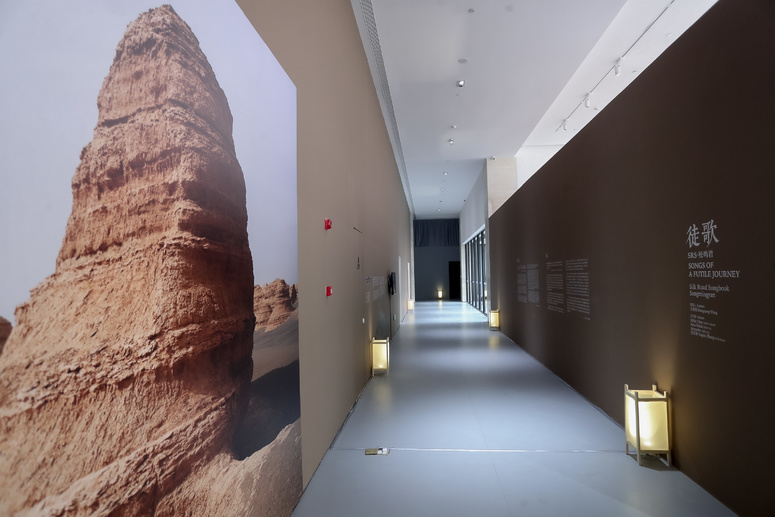 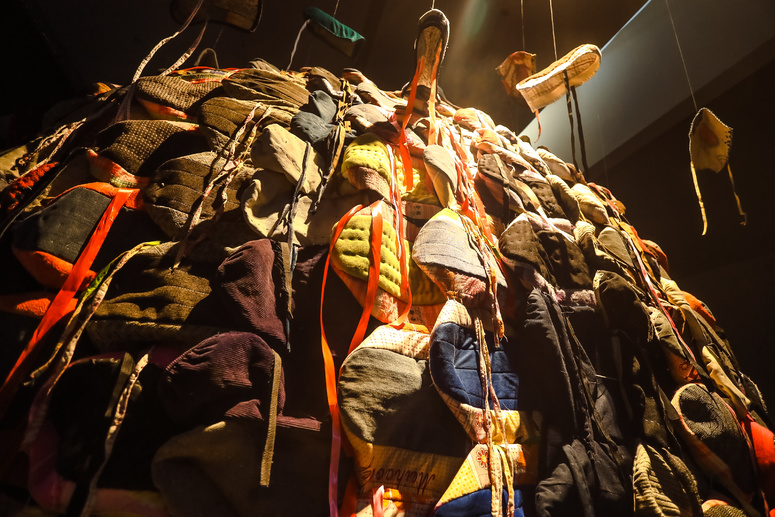 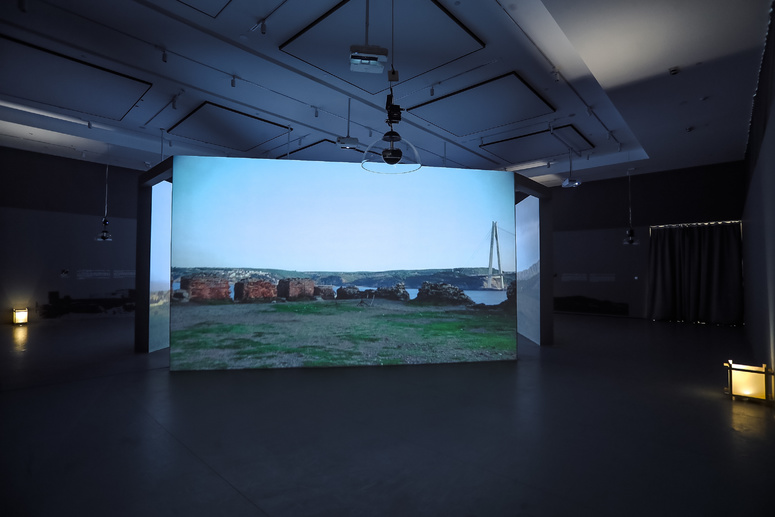 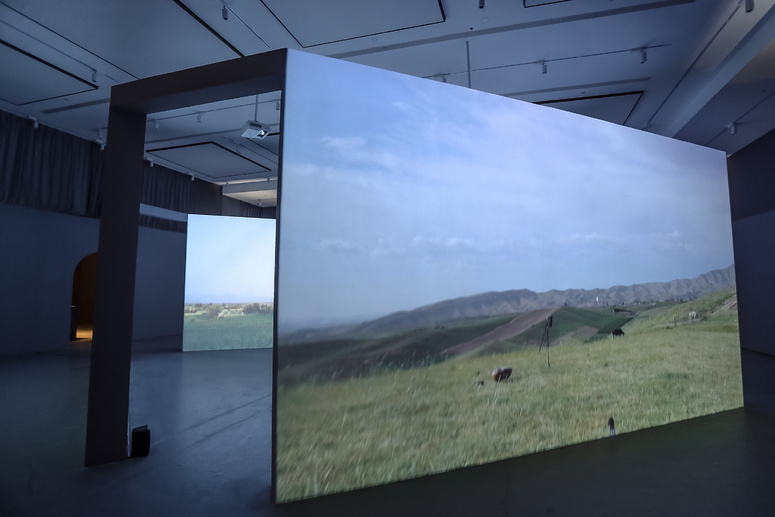 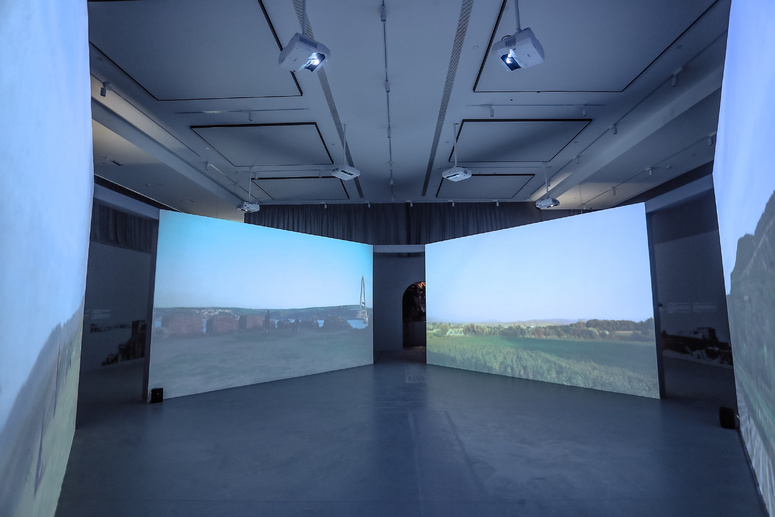 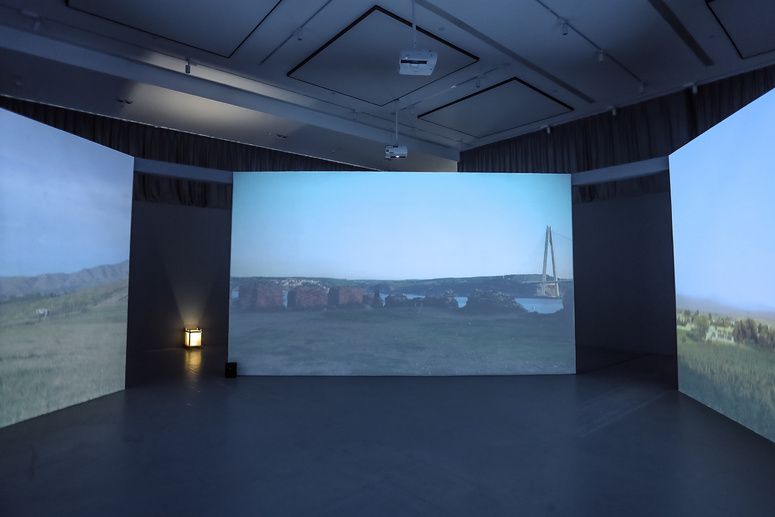 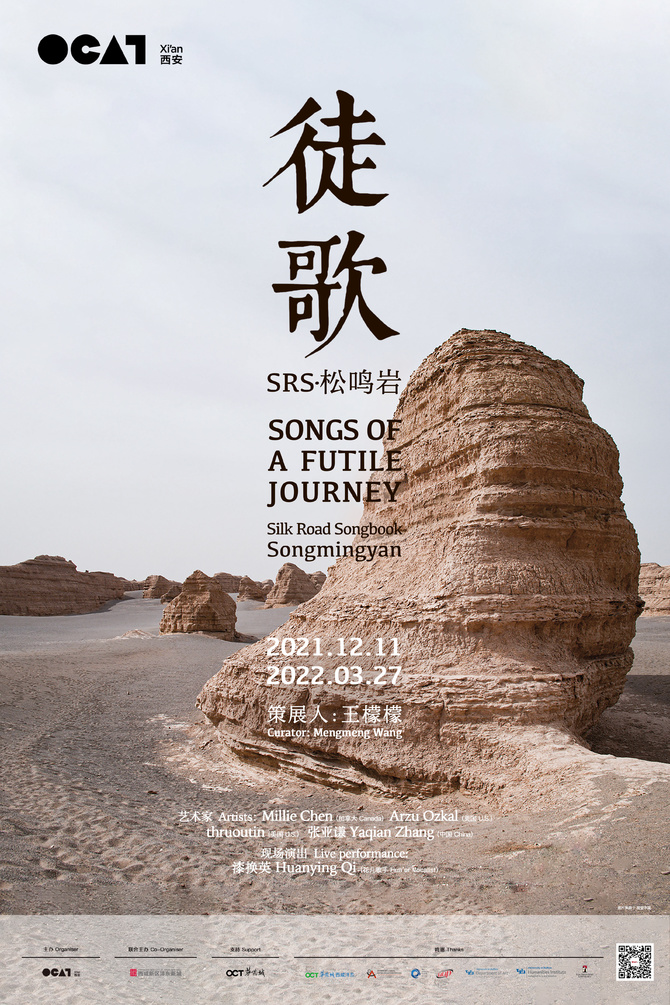