The word 'unearthed' appears many times in the museums to describe the action by which buried artefacts were discovered. I chose to insert a hyphen between the two parts, to break the word down to suggest further meanings, or perhaps to emphasize my sense of the process of transformation from taking a base element from the earth, like clay used to make the tombs figures, and the creation of elaborate human likenesses. My interest here is human endeavour, and perhaps something eternal about that, in the way that an artist captures the representation of someone's likeness and 'immortalises' them, allowing them to exist beyond their earthly time. Also there is a notion that I am making visible some of those people who work behind-the-scenes but who are themselves rarely celebrated."

On this occasion, it was executed by London-based artist Dryden Goodwin, and in direct partnership with the ICOMOS International Conservation Center-Xi'an (IICC-X). "Un-Earth" also received the enthusiastic support of the local authorities in the shape of the Cultural Relics Bureau, and the participation of multiple heritage sites and museums in and around Xi'an. All of this enabled Goodwin to spend three weeks in conversation with members of staff from the local sites, making the 60 portraits that can be seen on display here.

The starting point for the commission arose from Goodwin's on-going fascination with drawing. "Un-Earth" is the result of the artist returning to his practice of making intense pencil drawn portraits from direct observation of a subject. In the present age of social media, people increasingly connect through technology rather than in person. This encourages Goodwin to seek a more direct engagement, which for projects like "Un-Earth", he channels through the communication with an individual person in the process of making their portrait. As a result, each portrait not only captures and preserves each sitter, but represents a pocket of time and experience. Together, these become part of a valuable collection of artefacts, and a new community of people that will in future represent this moment for generations to come.

"My starting point was to visit historic sites and museum collections that include artifacts featuring the human face, head or figure, made by artists and craftspeople at different points in Xi'an's history. I became fascinated in how archaeologists and historians, looking at sites of excavation, build a picture of ancient peoples through observing fragments and details of how they lived, their remains and the art they made. This may be statues unearthed from Western Han dynasty tombs, the treasured Tang Dynasty murals at the Shaanxi History Museum, the utensils of the Bampo people, or the site of the Terracotta Warriors."

"The people I drew and spoke with at each site, included object handlers, historians, archaeologists, dig assistants, curators, conservators, cleaners and security guards working behind the scenes to find, preserve and protect objects for future generations. Their work creates a leap of imagination that connects us to the past. 'Un-Earth' attempts to mirror this process of constructing a sense of others through the act of drawing and conversation."

"The subtleties of expression and the facial structures of the contemporary faces I have drawn from Xi'an connect directly to their ancestors, and to the human likenesses represented in the ancient works of art. The fragments of conversations hint at the utterances of bygone times by those engaged in creating works of art at tombs and sacred sites. Also resonant are the comparisons between the sensibilities and values of our current epoch and that of times past. The drawings and videos of 'Un-Earth', reflecting on history, themselves become artifacts, a series of time capsules intended to reactivate the historic collections in new and personal ways." 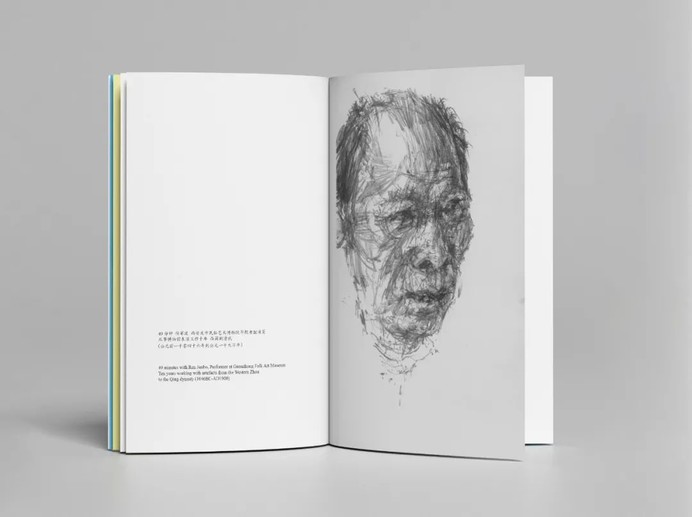 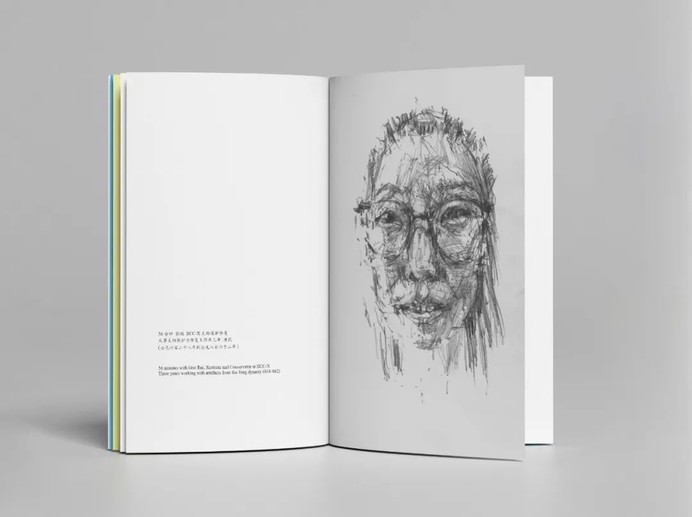 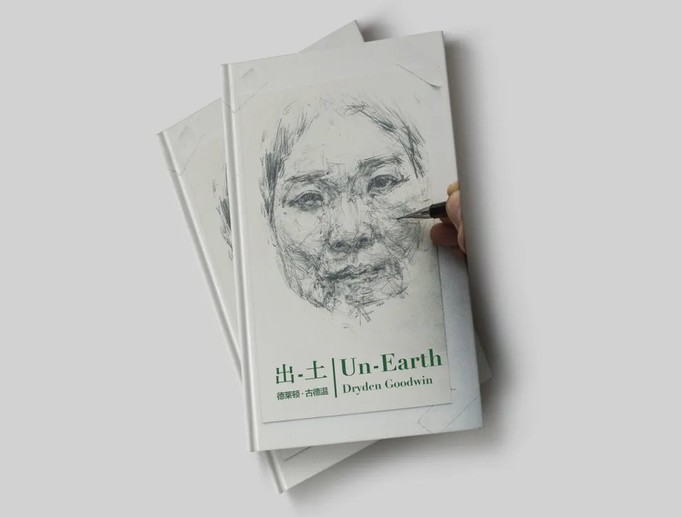